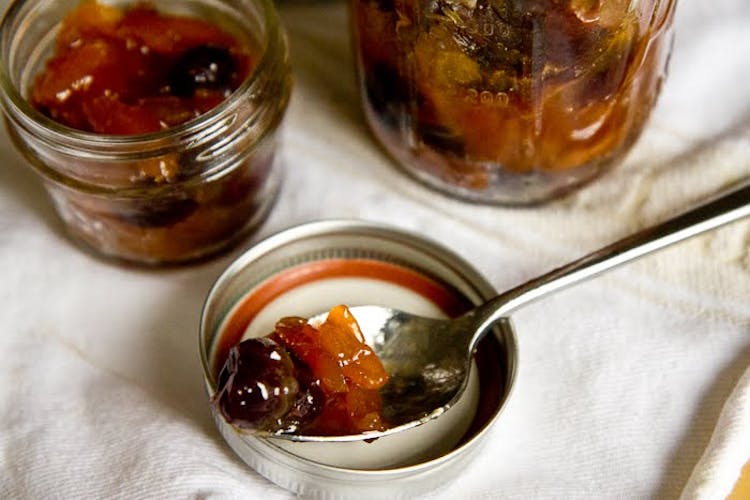 Chutney is one of those exotic condiments that I've always admired but never made (until recently). I'll eat it at Indian restaurants and I've bought it jarred occasionally when I make Indian food at home. A sticky compote of fruit and spices, it's sort of like a chunkier (and more flavorful) version of jam. It wasn't until I went to La Varenne that I realized you could make chutney from scratch. Actually, we made everything from scratch there, from croissants to stocks to preserves to sticky bottles of fruit liqueurs. My good friend Chef Randall Price, the former head chef and culinary instructor there, loved chutneys and made them out of anything around: nectarines, peaches, and (my personal favorite), kumquats. 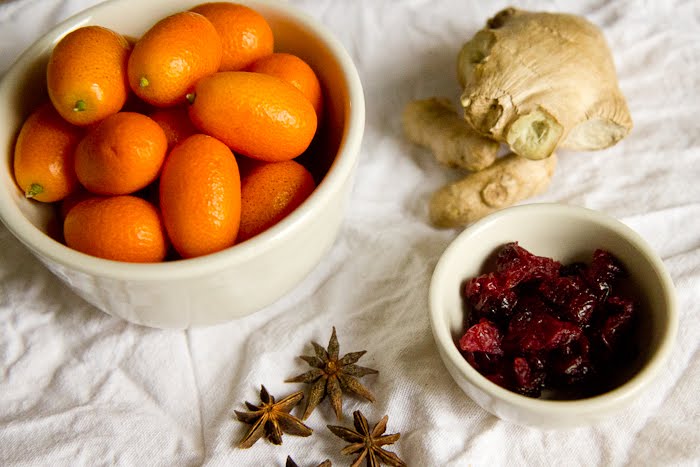 I had never before seen this tiny, oval-shaped citrus fruit until I was living in France. About the size of a cherry tomato, kumquats are typically available in grocery stores only in the winter (roughly November through March) and the skin is thin enough that you can pop the whole thing in your mouth. They have an amazing sweet/tart flavor – a bit too strong for me personally when raw, but beautifully aromatic when cooked. I don't remember Randall's chutney recipe, but I remember it being remarkably easy: he just chopped up his ingredients and threw them in a pot, added some spices, and boiled the mixture until it was thick and jam-like. At Chateau du Fey, we ate his chutney all the time: with roast pork and chicken, on sandwiches, and with cheeses. It was the secret weapon that you could pull out of the fridge to make even leftovers taste great. 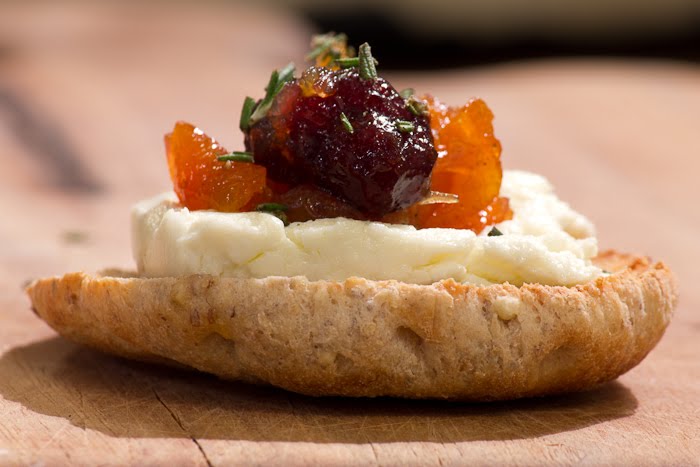 Despite my love of chutney, I confess, I was still a little intimidated to try it at home. I don't know why...probably because I was I was associating it with jam-making and sterilizing jars and all of that. (Which as it turns out is not even necessary!) It wasn't until a few weeks ago, after buying a box of kumquats at the grocery store that I attempted my first chutney. I found a great recipe on Epicurious.com that I used as a guide, and was shocked at just how simple it was. As in, it took about 30 minutes form start to finish (plus cooling time). And the result, in addition to being absolutely beautiful, was so delicious! I've now made 3 batches in 2 weeks (I think Brandon may be a bit sick of it by now!), serving it with everything from goat cheese crostini (like in the picture above – you may have seen those in the recent Valentine's Day post) to Dijon-roasted loin to grilled chicken to a smoked turkey sandwich. Seriously, this stuff is good on everything.

But if you're going to make it, do it soon! Kumquats are only around for a few more weeks. Make a big batch, give some away in cute little mason jars, and keep the rest in the refrigerator for the next few weeks. You–and your friends–will love it, I promise.

This makes a beautiful gift in a pretty jar. (But make sure to keep it refrigerated.)

Combine all of the ingredients in a heavy-bottomed medium saucepan and bring to a boil. Let boil for 10 to 15 minutes, stirring frequently, until the kumquat skins have softened and the mixture has thickened. Let cool.

Store in the refrigerator for up to 2 weeks.

*I bought these at an Asian grocery store. If you can't fine whole star anise, you can buy ground–just use 1/4 tablespoon. You can also substitute the whole cloves and whole peppercorns for ground if you prefer: use 1/4 teaspoon of each.

SERVING SUGGESTIONS: This is a delicious accompaniment for roasted,grilled, or smoked poultry or pork (I especially love it with smoked chicken or roasted pork loin). It's also insanely good with broiled goat cheese crostini, sprinkled with a bit of chopped rosemary.

If you don't have the time to make your own kumquat chutney, just buy a jar of good chutney, bitter orange marmelade, or even some fig jam.

4 crostini (can be any type of bread)

Brush the crostini on both sides with olive oil. Toast for a couple of minutes until light brown. Flip the crostini and top each with a tablespoon of goat cheese. Bake for 3 to 4 minutes or so until the goat cheese begins to soften and the crostini edges are golden brown.

Remove from the oven and let cool slightly. Top each crostini with a teaspoon of chutney and sprinkle with a bit of chopped rosemary. 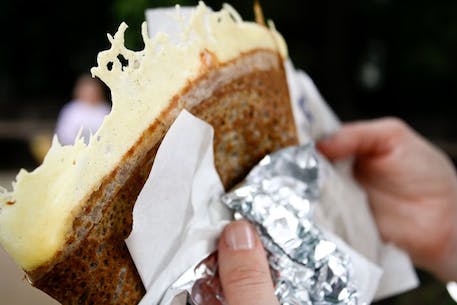 Today, my friends, is Fat Tuesday, a.k.a. Pancake Day! I never realized until recently that there was a day designated to eating pancakes, but I suppose it makes sense with Lent starting tomorrow. While living in France, I fell completely in love with crêpes. Paper-thin, the French version of pancakes are delicious for dessert (filled with Nutella or dark chocolate), breakfast (filled with jam), or–if you make a savory batter–lunch or dinner. Traditionally, savory crêpes are called galettes and... 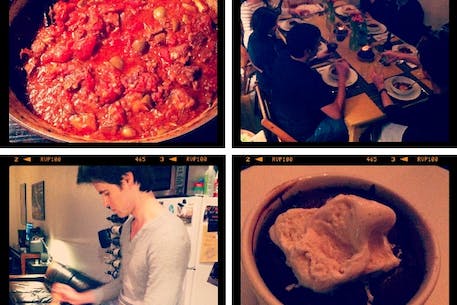 This past weekend we hosted our second official storytelling dinner around the yellow table, and what a fun night it was! Our last one was back in the fall, and though we've had a few dinners in between, we hadn't had a proper storytelling night since. If you're new to The Yellow Table, you may be wondering "What is a storytelling dinner?" Well I'm so glad you asked. Our storytelling dinners (inspired by a Moth event I attended last fall) consist of friends (both new and old), sitting around...