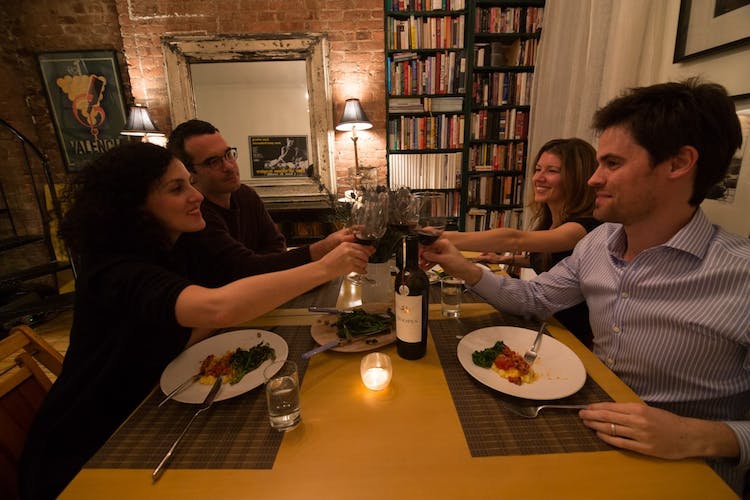 Happy Friday everyone! What’s on your weekend agenda? Hopefully some cooking and eating with good friends. And maybe a long walk, a good book, and a nap (not necessarily in that order, but that sounds great to me!). I’m actually in northern Virginia this weekend, as I’m cooking for a big dinner party tomorrow night in Alexandria. (And yes, I traveled here on a bus with my knives and cooking tools, a huge Dutch oven, and several cake pans. As you do.) For my Kickstarter campaign last year, the two top prizes were private dinner parties, where I'd cook and Jean-Luc Le Du, the sommelier who wrote the wine pairings in my cookbook, would pick the wines. In total there were two couples who bid at this level: the first were good friends of mine in NYC, and the second were a total surprise – a lovely couple in Alexandria who just found out about my project on Kickstarter and wanted to show their support!! How amazing is that?! They are huge foodies (which, admittedly is a bit intimidating) and told me to cook whatever inspired me.

I love planning menus. It’s so fun to try and match the season, the occasion, and the budget of a dinner party, and I love creating a balance of flavors, colors, and textures throughout the meal. (I actually wrote a post on menu-planning last year for Tasting Table, if you’re interested in learning more.) Given that it’s newly spring, but still kind of cold – I created a transitional winter-to-spring menu for tomorrow night. Also, because there are going to be 15 people at the dinner, I wanted to create a main course that could be made mostly in advance. I’m a huge fan of braises and stews when cooking for a crowd, because they can be made ahead, and don’t have to be served at an exact temperature (like, say, steak). 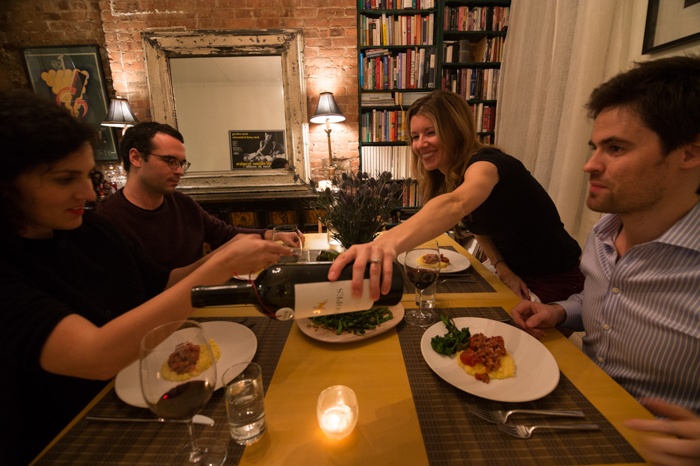 Case in point: I recently did a dinner for 18 and decided to make a huge stuffed pork loin for the main course. It turned into a comedy of errors: the pork went in the oven much later than planned (which threw off the timing of the meal) and then my meat thermometer broke, so I had to send out one of the servers to buy me another one mid-cooking! Though I feared the pork would be undercooked, it ended up overcooked...so frustrating. All that to say: when cooking for a crowd, I’d rather make something ahead, and not deal with that stress!

So for this dinner, I’m making one of my favorite dishes: osso buco (braised veal shanks). Meltingly tender and packed with flavor, it’s even better made a day ahead. I know this is typically more of a winter dish, served with a bright gremolata (lemon zest, garlic, and parsley), but I love Suzanne Goin’s spring version (from her fantastic book Sunday Suppers at Lucques), served with lightly sautéed peas and pea shoots, and a saffron risotto. It’s so beautiful on the plate, and it’s absolutely delicious. I’ve already ordered the meat from a local butcher, so once I pick it up I’ll marinate it overnight, and then start braising it in the morning.

I’m keeping the rest of the menu light and bright: naan flatbread pizzas with ricotta and shaved asparagus for starter, followed by a mache salad with thinly sliced Chioggia and golden beets, goat cheese, and toasted hazelnuts and a white Balsamic vinaigrette. Then for dessert, I’m making the incredibly decadent citrus olive oil cake from Maialino, with strawberry rhubarb compote. I’ve got a lot of cooking ahead of me this weekend, but it will be so fun! My sister Maria and her husband Peter (who live in the area) are going to be my sous chefs at the party, and have agreed to let me take over their kitchen today and tomorrow. Let the festivities begin… 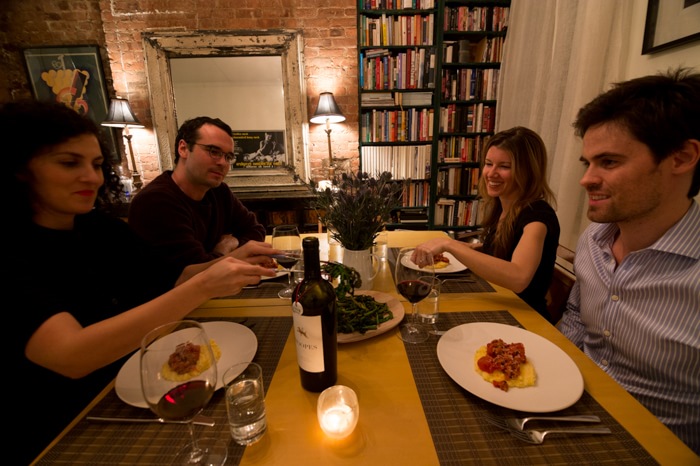 Have a great weekend everyone!

P.S. Remember when I told you guys a few weeks back that I thought the pictures for my Saveur story had gotten erased? Well, we staged another dinner party with our friends Natalie and Balint and shot pictures with the camera on self-timer. We ended up finding the original shots, I think these are so warm and cozy – I had to share! It’s funny how, the more I cook big, elaborate, dinner parties for work, the more I crave simple, intimate dinners around my yellow table like the one pictured here. Having a few friends over on a Monday or Tuesday night, for a pot of soup, or – in this case – sausage ragu with polenta – is so life-giving. These are the sort of evenings I treasure the most. 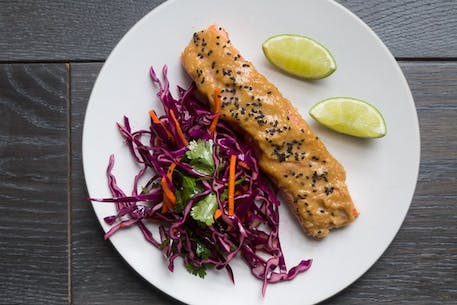 Hi friends! Wow. I am so blown away by everyone's love and support after Monday's post. It's nice to know that I'm not alone in these feelings of "not enough." It's always terrifying to be so vulnerable (I must have rewritten my post three times) but I'm always amazed to hear the positive feedback when I pull back the facade. It's funny that I was just talking about how Instagram can get me down when I start comparing myself to others, but on the flip side, it can also be an amazing source of... 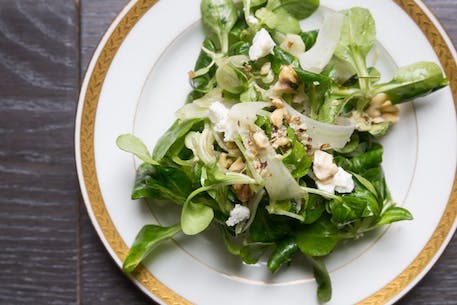 Happy Monday, everyone! What a whirlwind weekend! I just got back yesterday from Washington, D.C. (well, northern Virginia, technically) and spent the weekend prepping and cooking for a 16-person dinner party Saturday night. I planned a pretty ambitious menu, so I spent Friday afternoon grocery shopping, Friday night cooking, and all day Saturday prepping and cooking. As is always the case with dinner parties, it was both exhilarating and exhausting – I was on my feet about 15 hours Saturday...