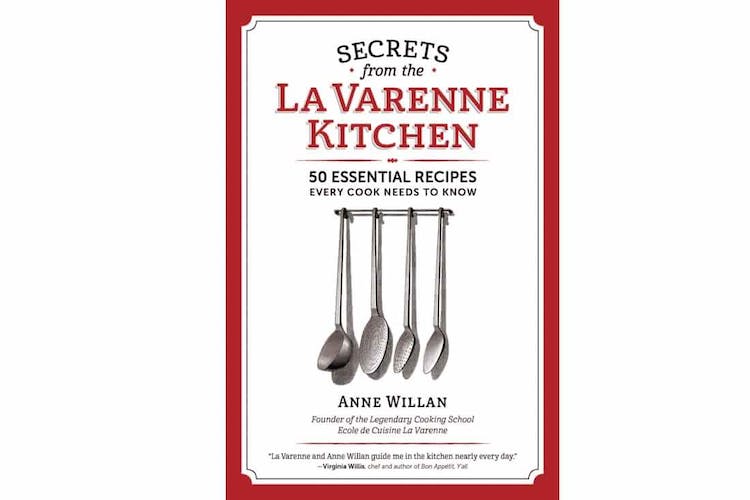 Secrets from the La Varenne Kitchen (A Giveaway!)

It's hard to believe that it's been 9 years since I went to La Varenne, a cooking school formerly in Burgundy, France. I first went in 2006 as a stagiaire (essentially an apprentice), and stayed on several extra months to work as Anne Willan's editorial assistant. I learned so much during my six months there – most notably, a collection of classic French recipes that have served as a foundation in my cooking career ever since.

We learned to make stocks (from chicken to beef to fish) and how to make the basic French sauces (Espagnole, Béchamel, Velouté, Sauce Tomat, and Hollandaise). We had to master basics of French baking, from classic tart dough (sweet and savory), to puff pastry, and pate a choux (an egg-based pastry dough used to make eclairs and gougerès). To practice these newfound baking techniques, we spent a day making hundreds and hundreds of savory puff pastry twists and gougeres for the local village's Bastille Day celebration.

All of these recipes, and many more, were given to us in a handy paperback booklet that I used practically daily at La Varenne, and have continued to consult in the years since. I was so excited to hear that this collection of basic French recipes was being published as a book: Secrets from the La Varenne Kitchen: 50 Essential Recipes Every Cook Needs to Know (Spring House, 2015). Whether you're a novice cook or an aspiring chef, these recipes are the building blocks of classical French cuisine, and absolutely worth knowing.

In order to inspire you guys to brush up on your French (cooking!) this summer, I'm giving away 5 copies of Anne's book here on the blog! Just comment below and tell me what French recipe you're dying to learn, and you'll be entered into the drawing. I'll announce the winners on the blog next Monday. Bonne chance!

P.S. To learn more about Anne's incredible cooking and writing career, check out this podcast I did with her a few years ago. 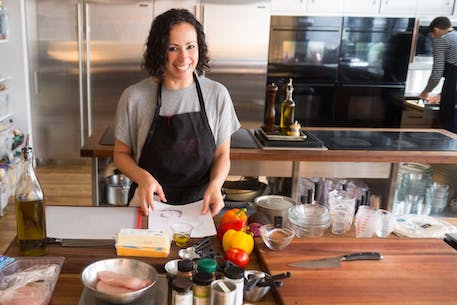 In the Kitchen With: Farideh Sadeghin, Saveur's Test Kitchen Director

Happy Monday friends! I'm excited to announce a new column on the blog: "In the Kitchen With." Over the coming months, I'll be hanging out in the kitchen with some of my favorite chefs, bakers, cookbook authors, food bloggers, magazine editors, etc. and learning the tricks of their trades. In each post, I'll be sharing behind-the-scenes photos, cooking tips, and a new recipe. I'm pumped to have the chance to meet some of my food heroes, and excited to share each experience with you all...

Happy Friday, friends!! I've spent the past week in Texas, and I'm having a ball. I started in Waco for a wedding last weekend, spent a few days in Dallas and Austin visiting friends, and now I'm in San Antonio for the weekend to teach a cooking class (and see more friends!). The sunshine, warm weather, insanely good food, and great company have been good for my soul. It finally feels like summer! [recipe:best-raspberry-financiers-recipe]Just in time for the weekend, I wanted to share with you...