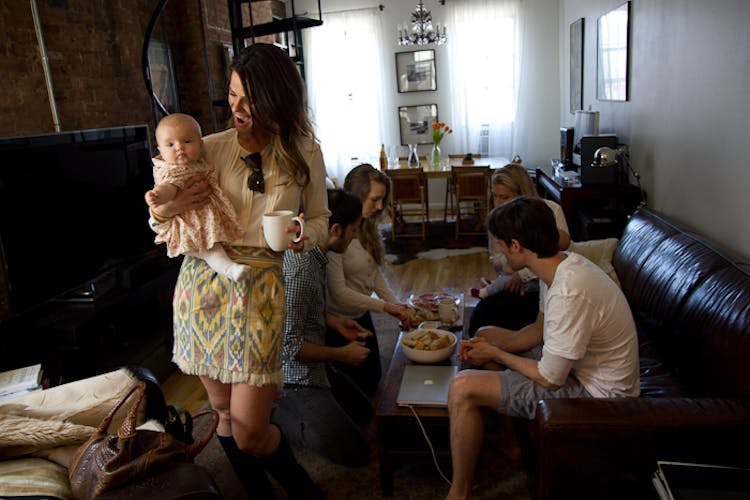 I hope everyone had a joyous weekend. Not only was the weather gorgeous, but even the trees – bursting with pink and white blossoms – seemed to send forth a message of redemption and resurrection! This year, we didn't really make any big plans other than to go to our church. Brandon recently started his IV antibiotics so we are sort of home-bound for awhile. We wanted to join some friends for a picnic in Brooklyn, but I had to be at church early to practice (I was playing violin with the band) so we weren't going to have enough time to go all the way out to Prospect Park.

But somehow the idea of not sharing a meal with friends or family on Easter didn't sit well. We called up some friends to see what they were doing and it turned out they had no plans. We talked to a few more and they had no plans either! So late Saturday afternoon I decided we should host an Easter brunch. No biggie, I told myself: just a few friends (and their babies!), some quiches, mimosas, a salad, some fruit. I'd keep it simple and low-key. 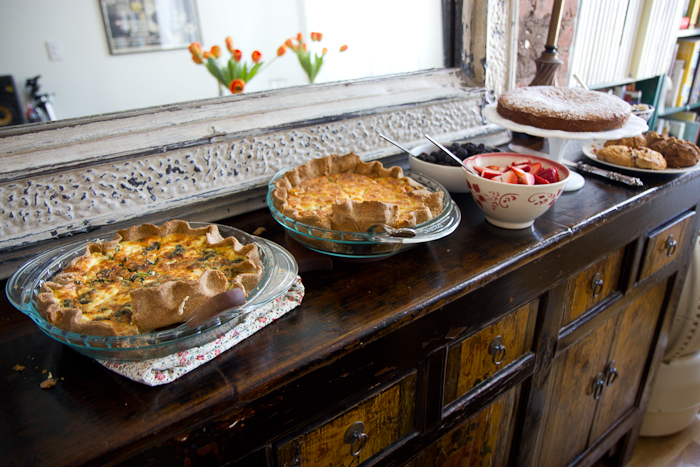 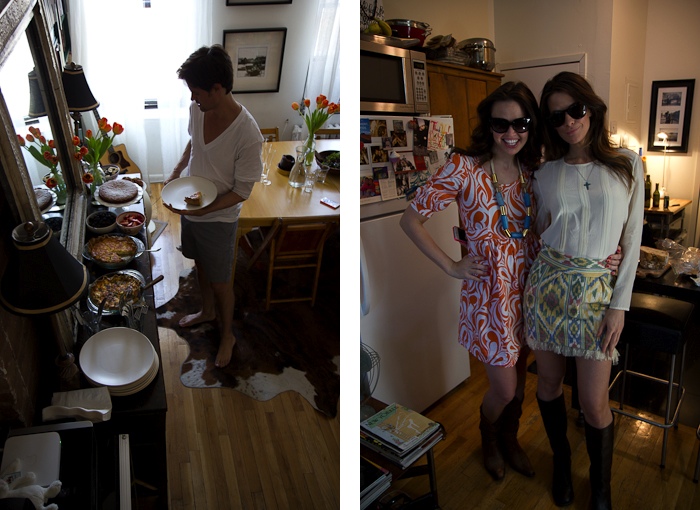 Of course, for me low-key is never truly low-key. The house was a mess, so cleaning commenced. Tulips were bought and arranged. Prosecco was chilled. I was craving quiche and I wanted to try out a new recipe. Make that two recipes and two types of quiche. With homemade whole wheat crust, of course! Then I decided to make a cake – a gluten-free, dairy-free one, with almonds and lavender honey. (Which, weirdly, even without butter, flour, or sugar, somehow ended up being one of the moistest, tastiest cakes I have ever made! Go figure.) 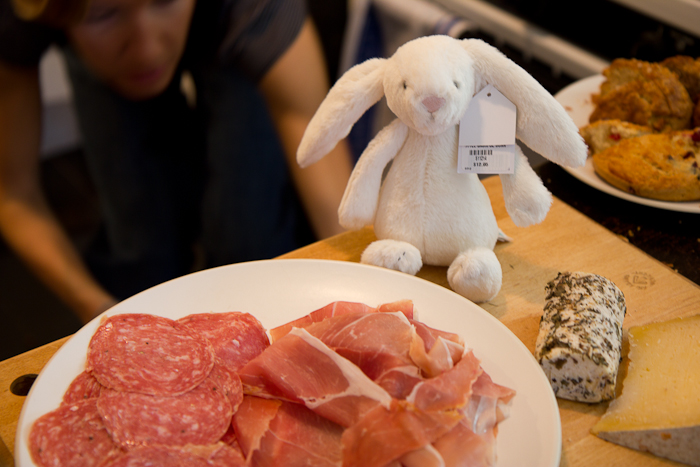 Despite some minor stressful moments pulling off this last-minute "low-key" Easter brunch (trying to hide weird cat smells, a clothing crisis, quiches that didn't seem to be setting), once everyone arrived it was an absolute blast. It was so great to have an apartment full of dear friends on Easter Sunday. The light poured in the windows as we snacked on a spread of cheeses and charcuterie from Eataly (thanks Rachel & Tiago!) and passed around sweet little baby Joana. A new friend, Alice, and her two-month old little boy joined the party, and a stuffed bunny hopped around inspecting the food. (Brandon may have had something to do with this...) 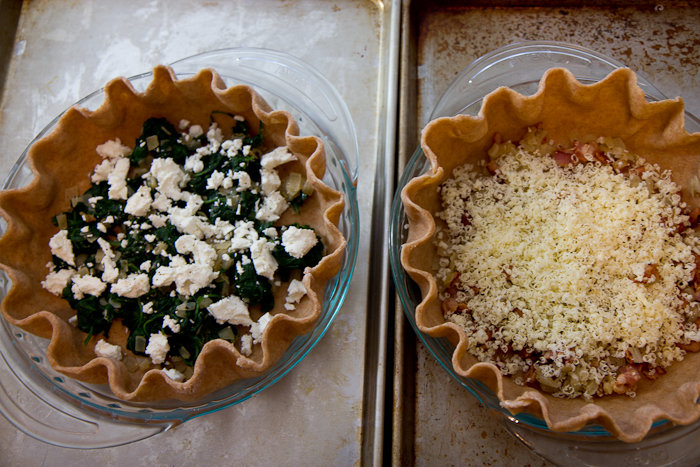 Though I'm a huge advocate of parties that are held at the table, it's nice every once in awhile to have a daytime party where people can just go where they like. Some people ended up at the table. Others stuck to the couch, and others went up on the roof. Everyone was able to get up and down, serve themselves as they liked, and mingle with everyone else. My only complaint was that it ended far too soon! I could have sat around drinking bubbly and talking to everyone all afternoon! Alas, I had to end with a coffee by 2:30 p.m. and head to church. 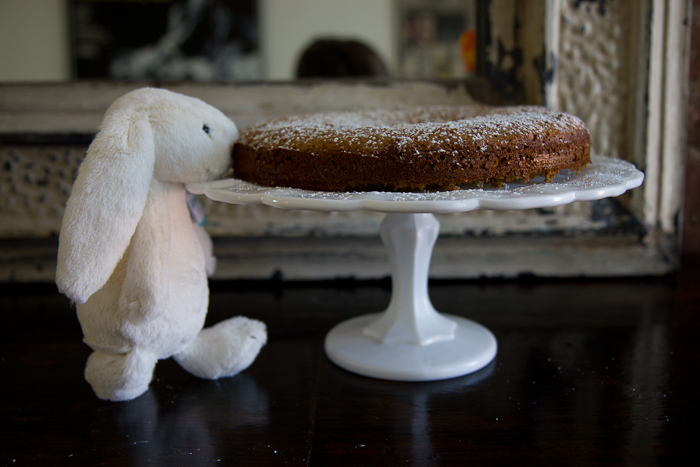 But no complaints on my end, the service was beautiful and there's no place I would have rather been. The message of hope and renewal is still ringing in my heart. He is risen, hallelujah! AND this sweet little baby girl was dedicated – a joyful occasion in and of itself. 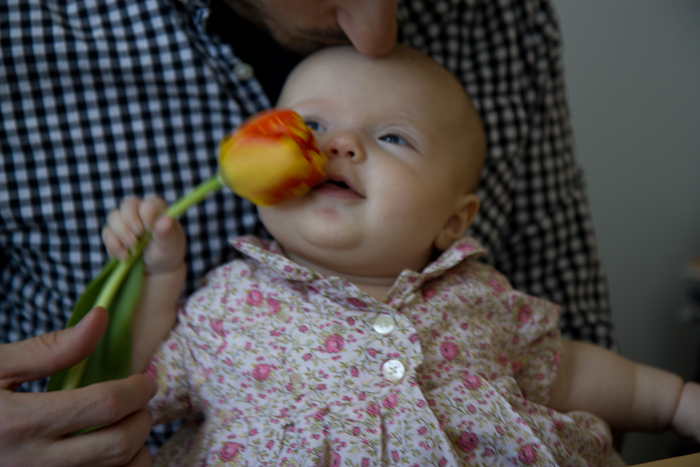 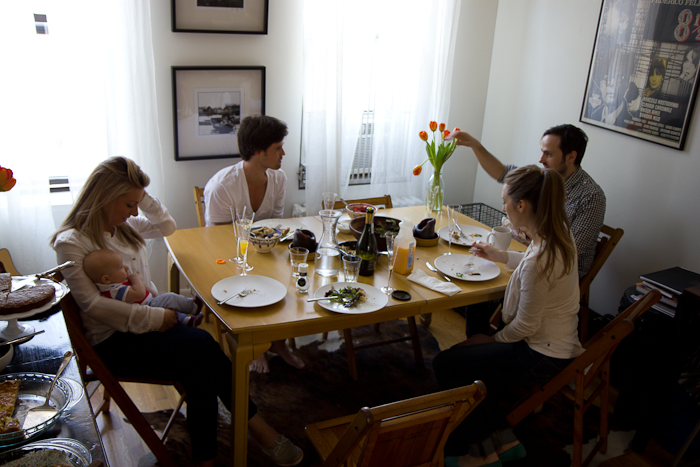 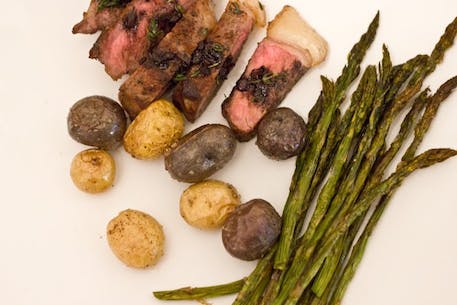 My husband and I have a little agreement. He eats the kale and quinoa and lentils I cook throughout the week, as long as I make him the occasional steak or burger. He's a boy and he needs his red meat. Me, I prefer grilled fish and salads, but I enjoy a good steak when I get the chance. Since we don't eat a lot of red meat (maybe once every two weeks), I don't feel bad splurging on really good quality local, organic, grass-fed beef. When I lived in France several years ago, I grew to love... 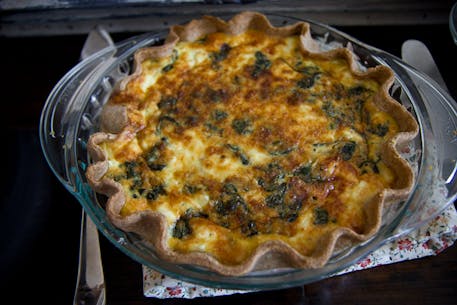 How to Make a Really Good Quiche...

I've always had a thing for quiche. I'm not sure what I like better: the flaky crust or the souffle-like-cheese-and-egg filling or the endless possibilities for additional goodies. Like spinach and goat cheese. Or bacon, onions, and nutty Gruyere. Or asparagus and ricotta. I could go on and on. For me, a warm slice of quiche, a simple green salad, and a glass of crisp, minerally white wine is just about the perfect meal. I'm sure living in France had something to do with that. The French make...