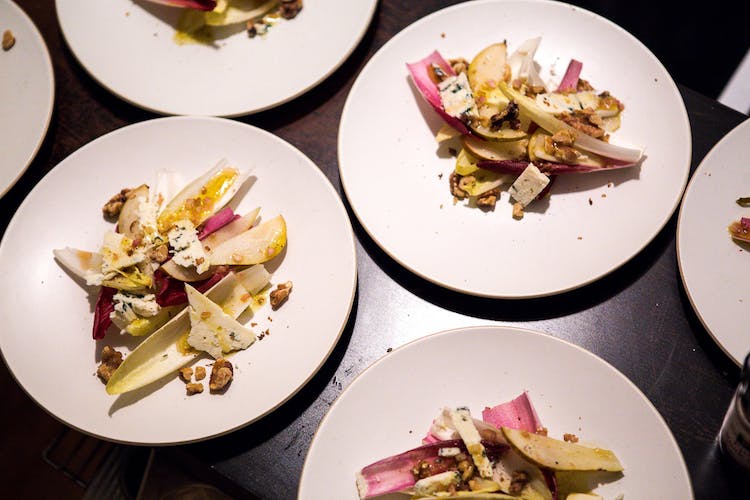 A Fall Dinner Party (and An Impromptu Singalong)

Just a head's up – coming off of my last post, this one's going to seem a bit banal. I don't have any major confessions or profound insights. I just want to talk about how much I love endives, pears, walnuts, and blue cheese. Together, on a plate. Actually, come to think about it, maybe I do have a confession: I am a closeted Mariah Carey fan. I think the first cassette tape I ever bought was her 1993 album Music Box. (Dreamlover?! And Hero?? Amazing stuff.) And what exactly do endive salads and Mariah Carey have to do with each other? Well – as I realized in the midst of a recent dinner party – like fried chicken and Champagne, they're kind of an unexpected, but perfect, pairing. 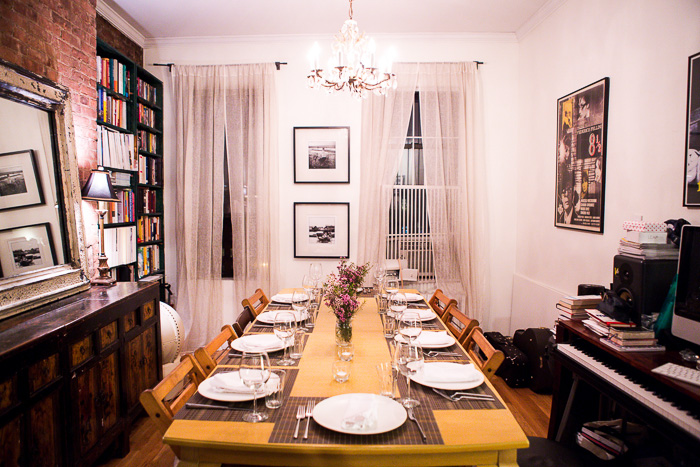 We celebrated our friend Nate's 30th birthday over here recently. (Unfortunately he's not in any of these pictures, because he was taking most them! Though I did get a few epic iPhone shots...) He invited the guests, I planned the menu, and somehow over the course of the evening, it turned into a full-on singalong. Nate and our friend Becky have an even greater love for Mariah Carey than I do, and at some point in the evening, "Always Be My Baby" was cranked up on the stereo. What could we all do but sing along (to every single word)?! That led to to "Heartbreaker," which naturally led into Kelly Clarkson, Katy Perry, and then back into the '90's with some Boyz II Men. It was epic. I'm seriously surprised the neighbors didn't bang on our door and tell us to shut up (considering it was midnight on a Wednesday. Ooops!). 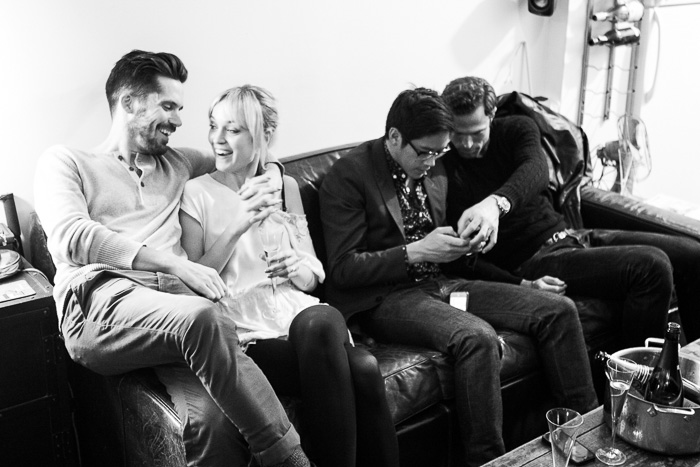 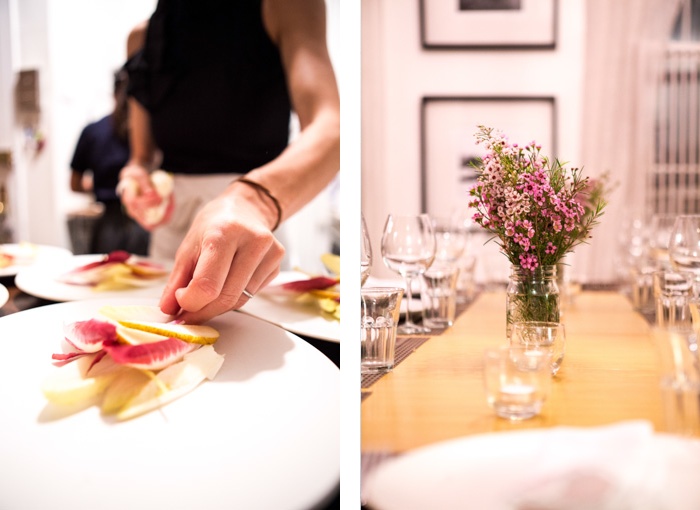 Despite the countless dinner parties we've hosted around the yellow table, the singalong was a first. And definitely not the last (I just feel fortunate to have friends that share my love of early '90's hits!) But let's get back to my original subject: endives. The salad I served as a first course is super simple, though it looks pretty impressive on the plate. I just tossed a few endive spears (I like using a combo of white and red endives, which you can buy at Trader Joe's) with thinly sliced pears, crumbled blue cheese, and toasted walnuts, and drizzled each plate with a splash sherry shallot vinaigrette. Delicious, elegant, and so very fall. 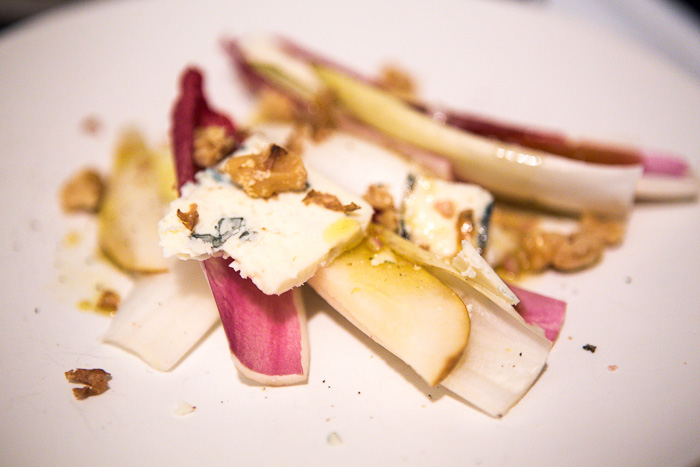 For the main course, I combined a few more of my favorite fall ingredients – Brussels sprouts and bacon – with an easy carrot puree (made literally out of carrots, salt, water, and a splash of olive oil) and a piece of sear-roasted cod. (Sear-roasting, in case you were wondering, basically means you just sear a piece of fish in an ovenproof pan, flip it, then put the whole thing in the oven for a few minutes to finish cooking it. It's my favorite way to cook fish!) I coated the cod with Merquen, a spice mixture popular in Chile, but since that can be a little hard to find, you can just season the cod with salt and pepper. This menu is simple, pretty, and perfect for a fall dinner party. Make life easier and have all of your ingredients prepped in advance, so at dinner time you can simply toss the salad, sear the fish, and reheat the puree and Brussels sprouts mixture. Just don't forget to bust out the Mariah Carey. 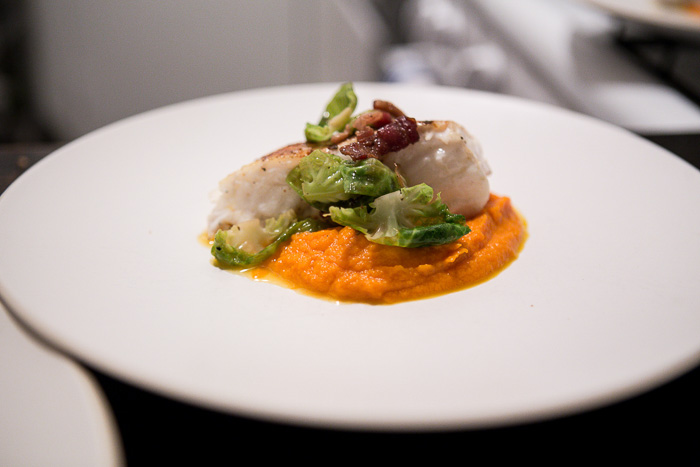 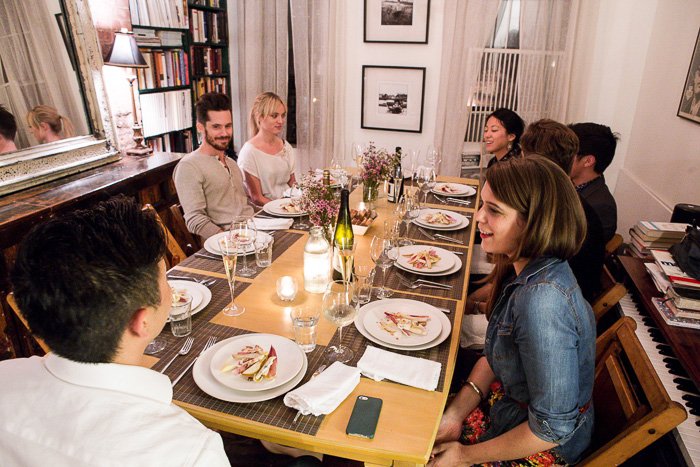 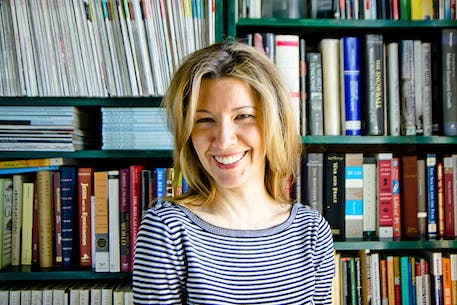 OK people. Can I be really honest? About an insecurity I have? (And no, it's not the lines around my eyes in this un-Photoshopped picture. I'm proud of the fact that I've smiled enough in my life to have them! And I also, truthfully don't really know how to use Photoshop. I feel better getting that off my chest.) K, thanks. Blogging is a very vulnerable thing. You invite others into your life, you share a little (or a lot) of your heart, and you hope that what you have to say resonates with... 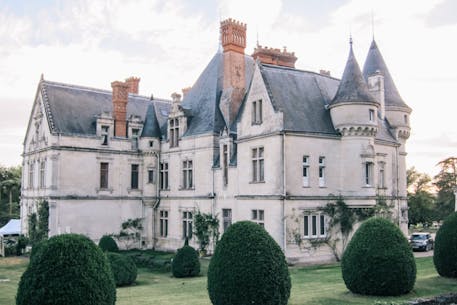 Once upon a time, in a far away land, there was a prince. He lived in a beautiful castle, and more than anything else, he loved plants. He traveled around the world, collecting rare seeds, and planted those seeds in the gardens at his castle. He grew vegetables, fruits, and flowers galore, but he especially loved tomatoes. He eventually built a collection with over 650 different types of the fruit, in every shape, size, and color imaginable, and people traveled all over the world to see them...